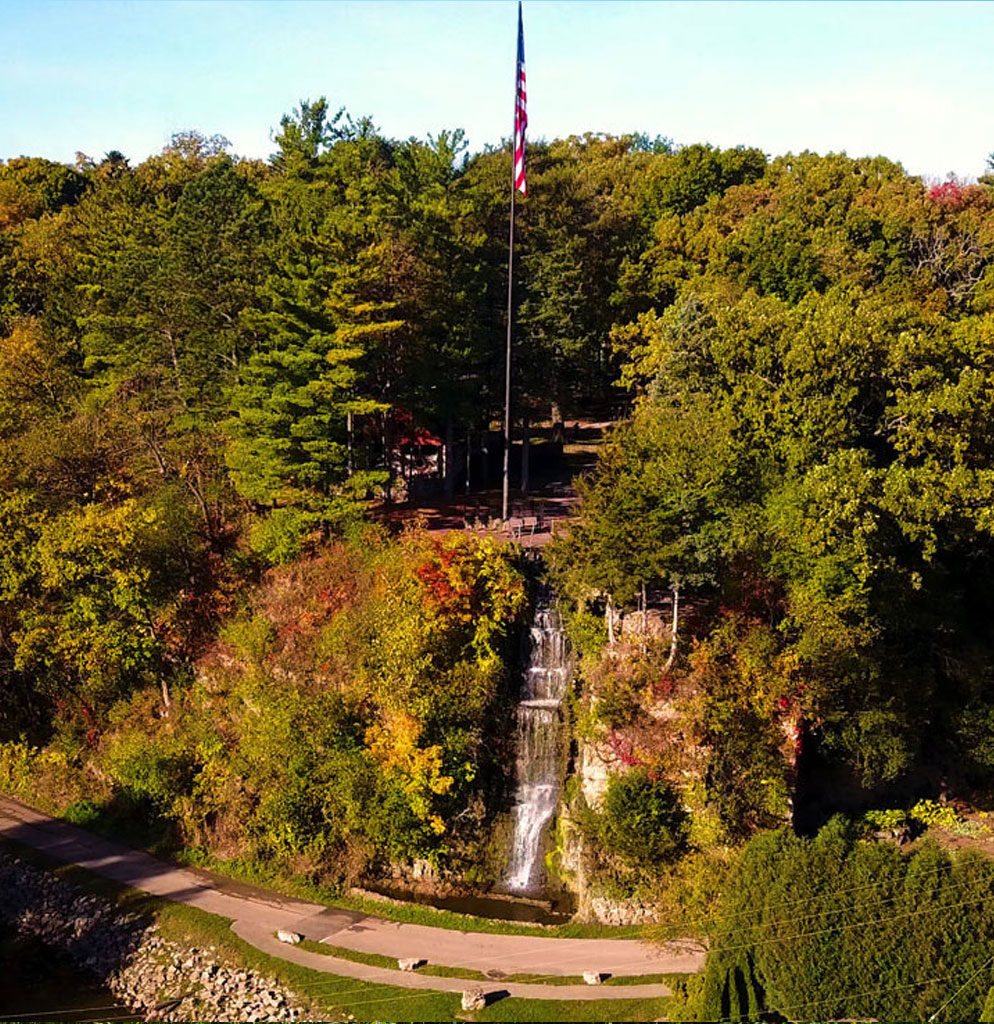 For hundreds of years, this area was inhabited by Native Americans of the Winnebago Tribe who farmed the rich soil. In the early 1830s, as families were trekking across the country in search of new homes for themselves and their families, they came upon this land.

When they reached the Pecatonica River, they felt they had at last found what they had been searching for – fertile land situated on a navigable river. The river held the promise of a good supply of fish; the woodlands along the bank provided meat; and the good soil promised abundant crops. So they settled in this spot, which would later be known as Freeport.

William “Tutty”Baker, a very hospitable man, was the first to build a home here. Travelers crossed the Pecatonica free on what was known as the Baker Ferry. Mrs. Baker was kept busy caring for the many strangers invited to share a meal or spend the night by her too generous husband.

As the story goes, one evening a group of neighbors was discussing a suitable name for the town. Mrs. Baker, with a possible tongue-in-cheek attitude, suggested that the burgeoning community be called a “Free Port.” Meeting with warm response, the settlement was thus named Freeport. 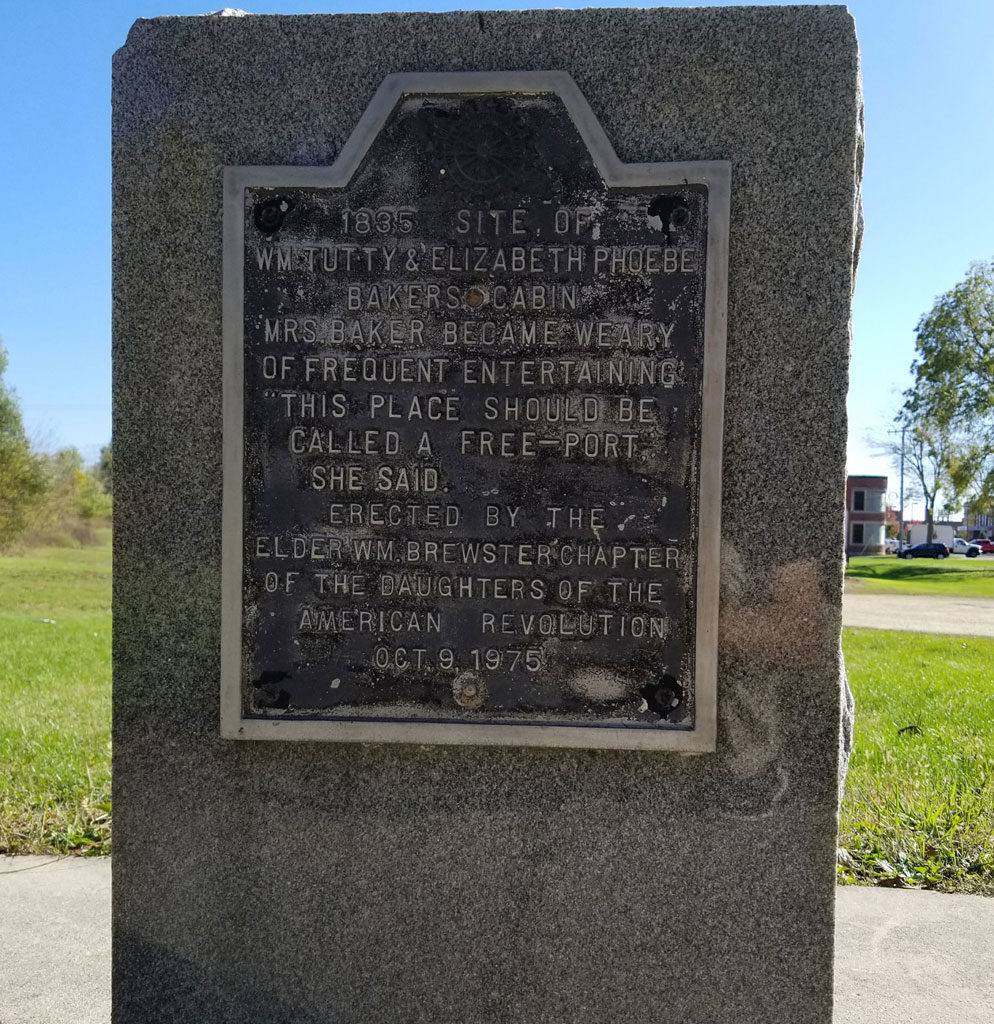 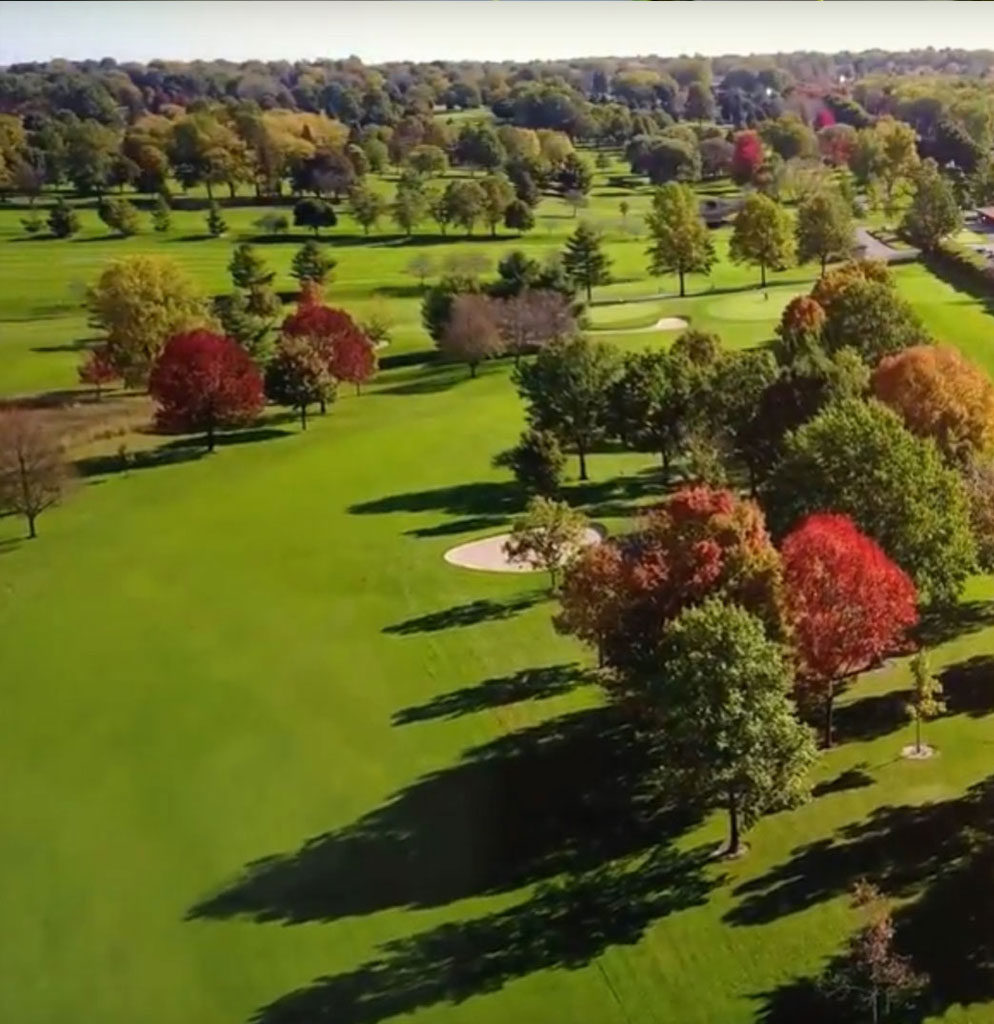 In 1838, three years after this town was settled, a stagecoach line between Chicago and Freeport was initiated, and Freeport became an important link on the “Stagecoach Trail.” When the railroads replaced stagecoach travel, Freeport continued as a major hub on the rail line.

In 1840, a frame courthouse was built which served the people well until 1870. The present courthouse was opened in January 1976. Nelson Martin is given the credit for opening the first school in this pioneer town, and history tells us that the Honorable Thomas J. Turner published Freeport’s first newspaper, the “Prairie Democrat”, in 1847. One year later, the “Freeport Journal” appeared. This and other early and numerous newspapers eventually were merged into today’s “Journal Standard” which has been publishing under that banner since 1913.

Since the region surrounding Freeport was being settled quite rapidly, it was decided to organize Stephenson County. This was officially done by an act of legislation in 1837. Stephenson County was created out of land that was originally part of Jo Daviess and Winnebago Counties.

It was decided to name it after Colonel Benjamin Stephenson, who served as Colonel of the Illinois Militia during the War of 1812. He was sent by Illinois to Congress in 1814, and it was through his efforts that a treaty was made by which more than 10,000 acres of land were added to this state. Colonel Stephenson never saw the county named for him. In June 1837, Freeport was named the county seat and has remained such ever since. 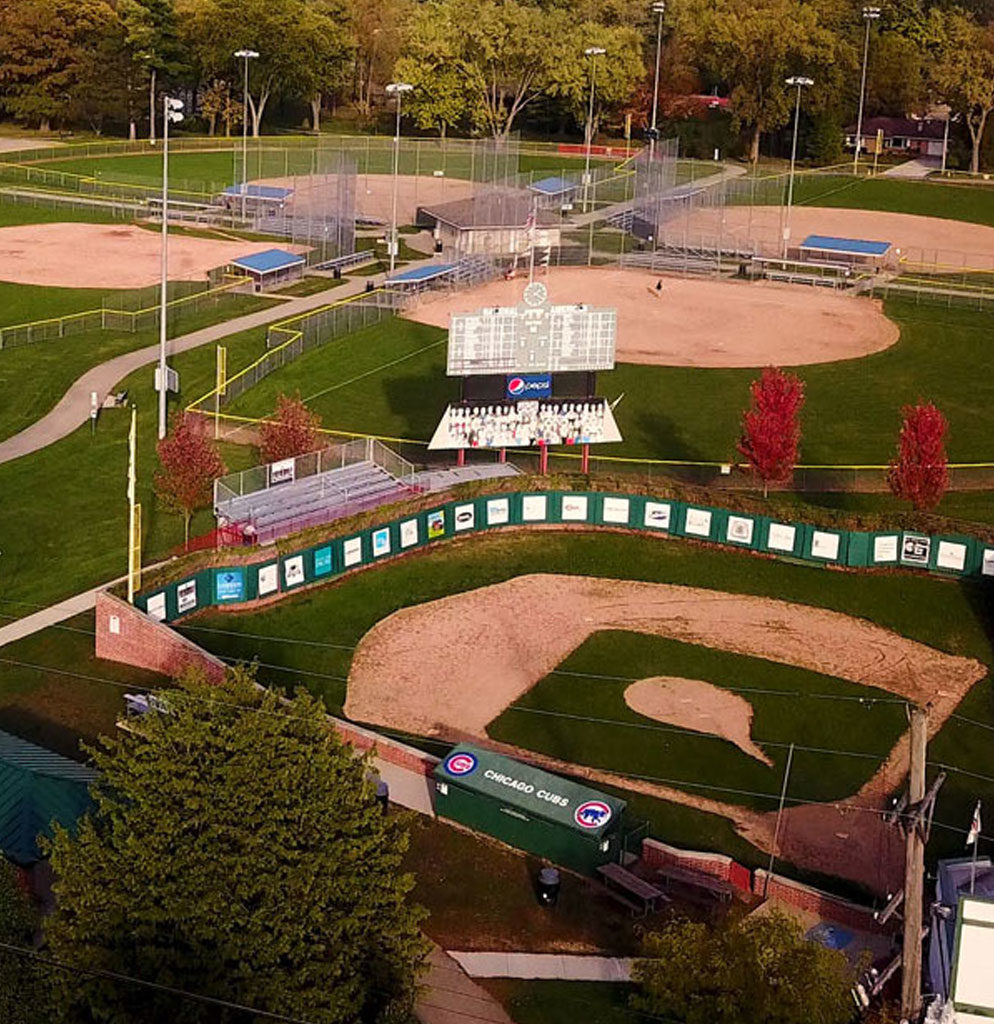 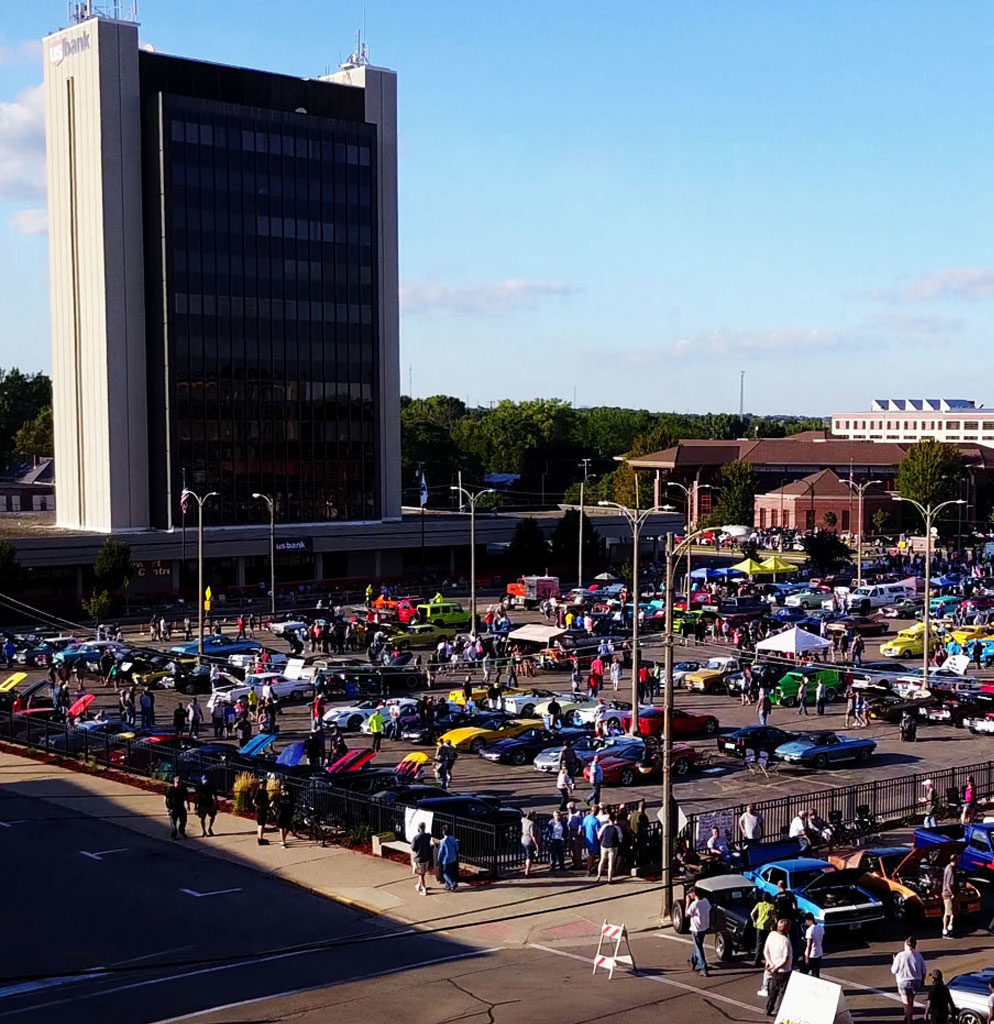 Some of Freeport’s earliest industries were the Williams Threshing Machine Company founded in 1851 and the D’Armit Plow Company established in 1857. The Manny Reaper was invented here in 1856; and the manufacture of reapers, hay presses and plows was also carried on in the town’s early pioneering days. Other early factories included wagon shops, followed by carriage, buggy and vehicle parts makers, and then bicycles and automobiles. The Arcade Manufacturing Company which operated from 1885 to 1953 made what are now extremely collectible cast iron toys. The W.T. Rawleigh Company started in 1890 grew into a major purveyor of products sold door to door. Freeport currently is home to major companies such as Newell-Rubbermaid, Titan Tire Company, the Furst McNess Company and MICRO SWITCH, a division of Honeywell.

The name of Freeport is closely connected with Abraham Lincoln for it was in this community on August 27, 1858, that Lincoln, the Republican candidate for the United States Senate, debated his Democratic opponent Senator Stephen A. Douglas in the second of seven debates held across the state. At the Freeport debate, Lincoln asked Douglas a fateful question regarding slavery and state’s rights. Lincoln’s question and Douglas’ answer became known as the “Freeport Doctrine.” Douglas’ answer discredited him with the southern Democrats and split the Democratic Party and helped to give Lincoln, although unsuccessful in his Senate bid against Douglas, the Presidency two years later in 1860. Debate Square in downtown Freeport memorializes this important historical event.

Over the years, Freeport has continued to grow and change and has become a thriving center of industry and agriculture as well as a community offering a wonderful quality of life. 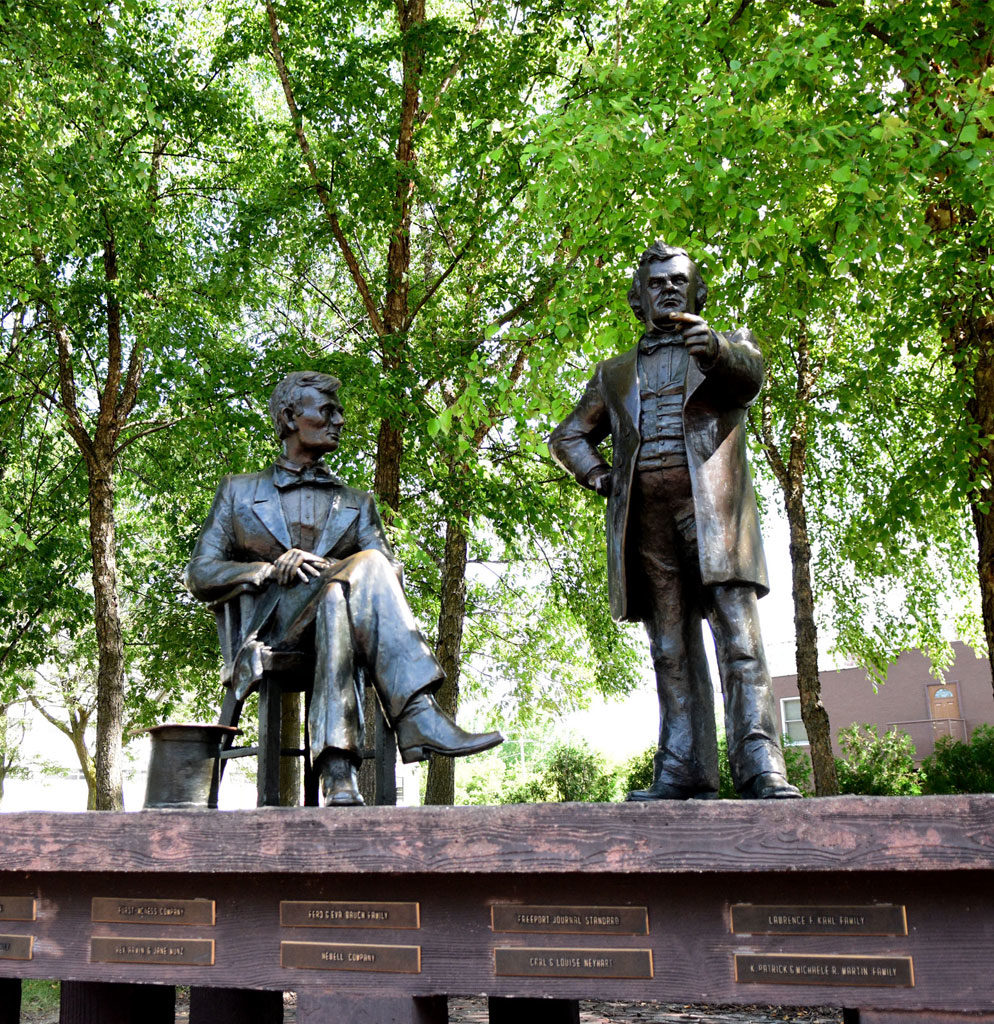