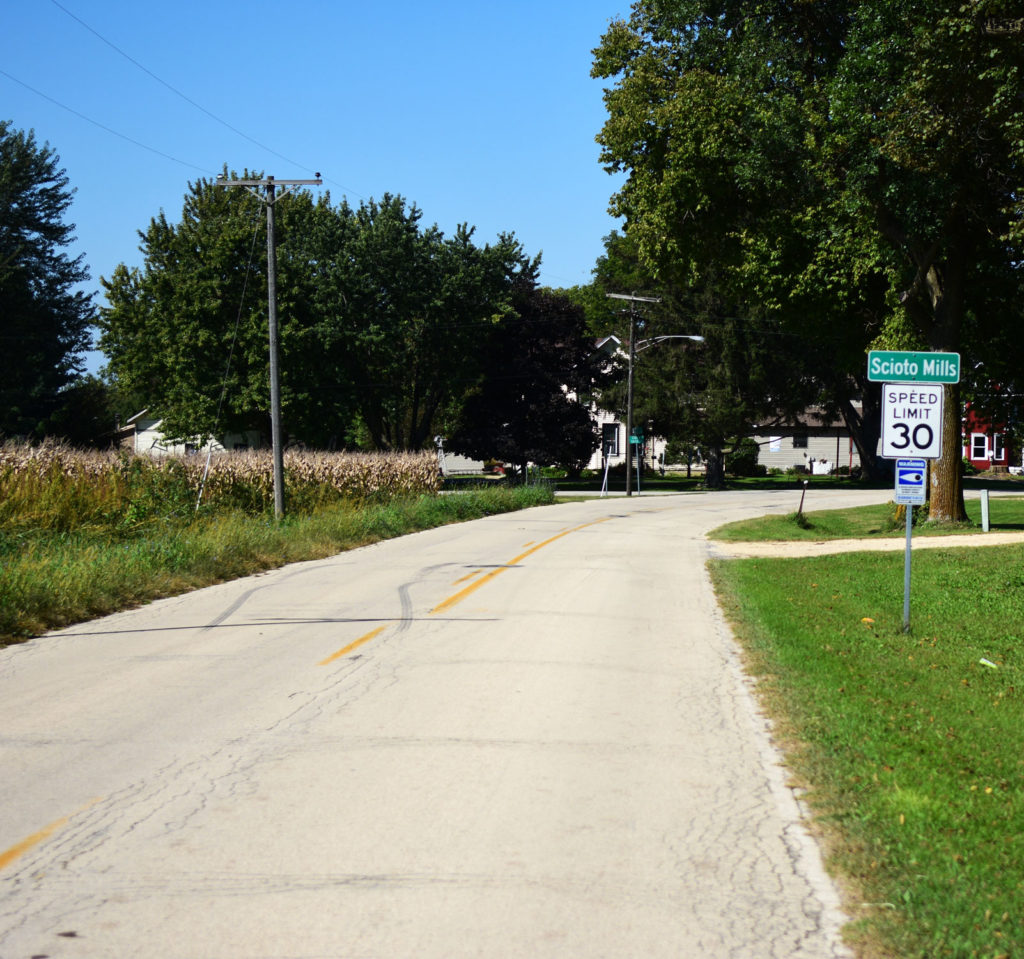 The village of Scioto Mills is located in Harlem Township about two miles south of Red Oak. It was founded in 1850 by Levi Wilcoxon and his brothers, Rezin and Thompson. The name Scioto was taken from Scioto County, Ohio, where the brothers were from. The village was built around the saw mill and the grist mill which was built in 1850-1851 by Rezin Wilcoxon, William Irvin and Samuel Sutherland. The mill was three and a half stories high and boasted three run of buhrs (mill stones), used to grind feed and flour. The mill was powered by water from Richland Creek, which had been dammed to form the mill pond. The sawmill was built beside it to the south.

Scioto Mills was briefly called Cockrell in honor of Thompson Wilcoxon Cockrell, a cousin of the original Wilcoxon brothers, who bought the mills in 1853. Thompson owned the mills and general store for more than 40 years and was admired by all who knew him. Although never married, he built the finest house for miles around for his farm manager, Mr. Frederick Zimmerman, and his wife for a wedding present. Although the house belonged to the Zimmerman’s, Thompson lived there with them and became “Uncle Thomp”to their children. Mr. Cockrell was an avid bear trapper and an expert bee tracker. His bear traps are in the Stephenson County Historical Society’s Farm Museum. Every summer he would locate a bee tree and at the right time would lead the whole Zimmerman tribe to fell the tree and fill washtubs with honey. Thompson had two beautiful stallions. He loved these horses so much he requested that Zimmerman’s keep the farm after his death as long as the horses lived. After his death his estate was divided among 100 heirs. 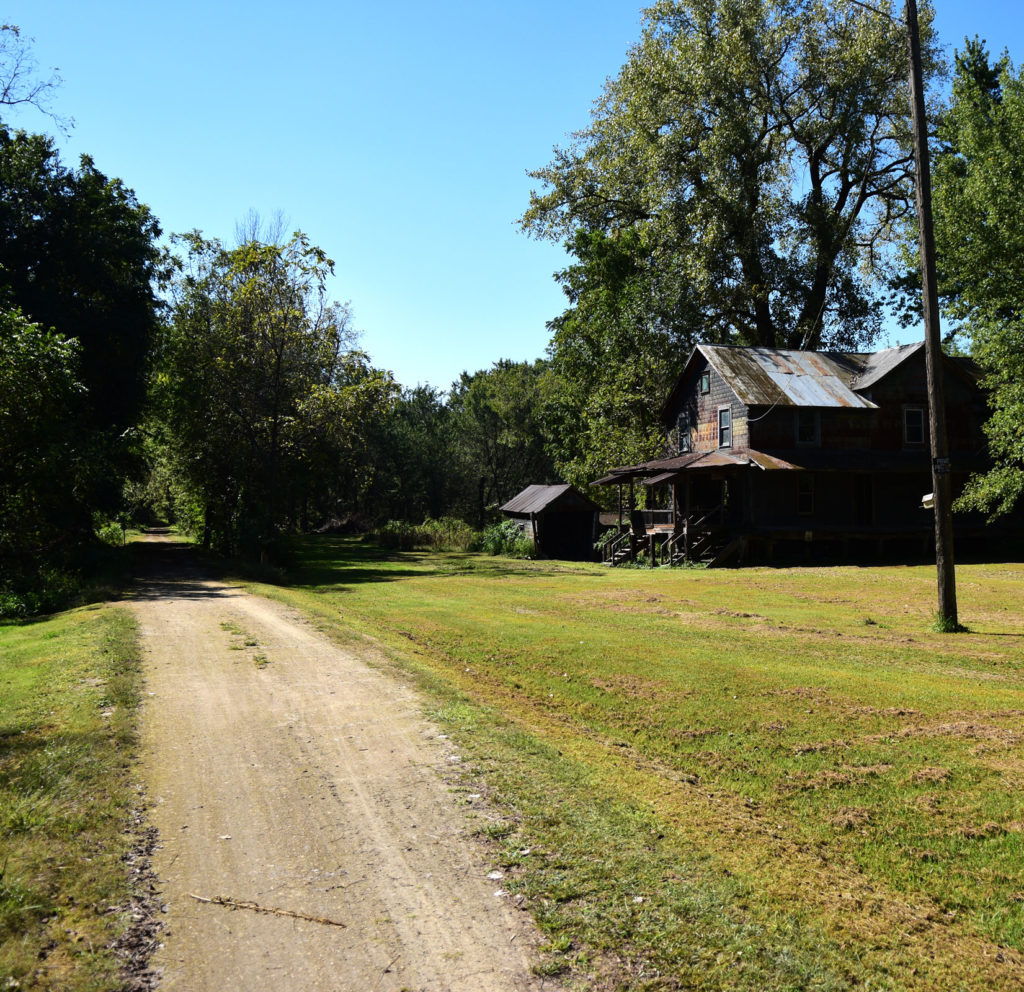 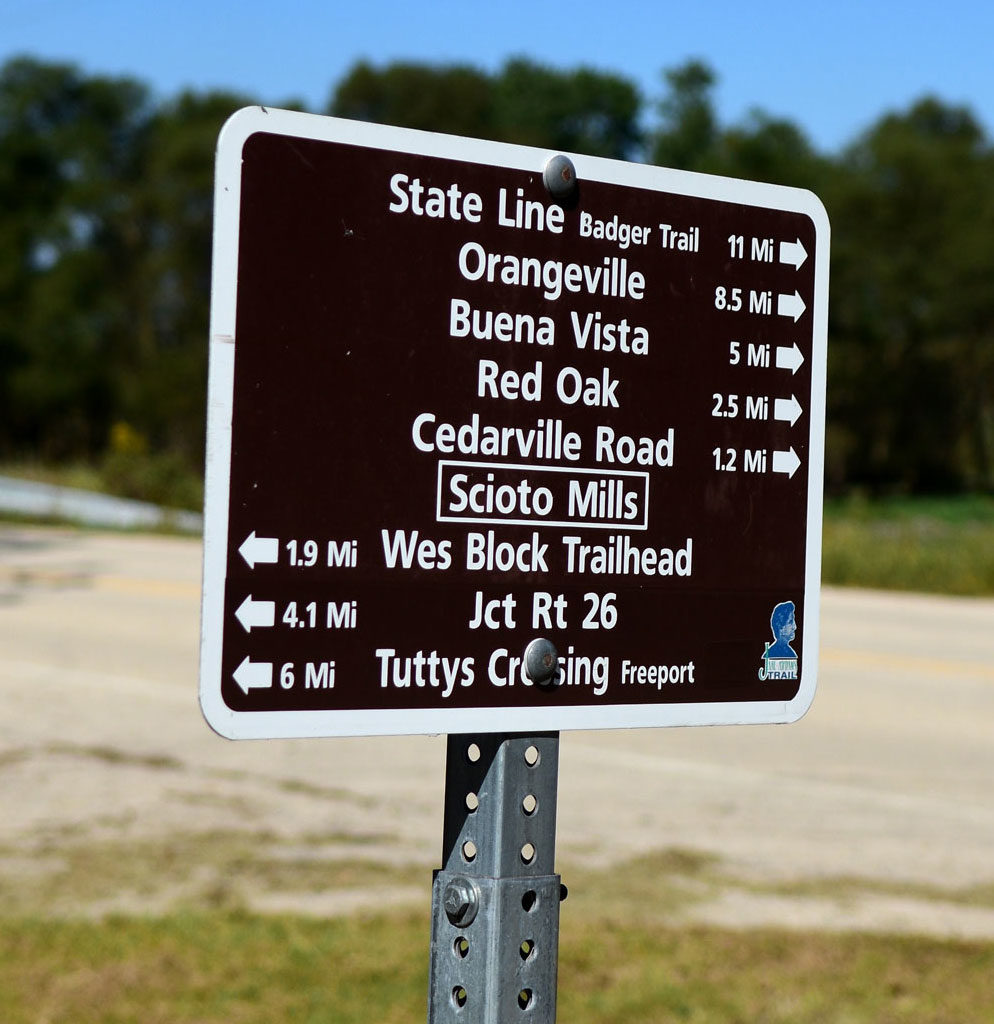 By 1887 the Illinois Central Railroad had run a line through Scioto Mills. At this time the village was the largest community in Harlem Township, and the railroad only served to boost its economy. The railroad line was followed by a station house in 1890 and was quickly followed by a stock yard, lumber and coal yard, and a general store.

Of the buildings mentioned here, the only one left standing is the general store. It has gone through many hands and was last used and known by the name “The Blue Room.” The grist mill ran for 74 years and was torn down in 1924. The beautiful mill pond, built for the grist and saw mills, was lost when Richland Creek flooded its banks. The dam broke and the local citizens were dismayed by the loss of the best picnicking and boating spot around.